For the Turks & Caicos Islands we designed and made the steel frame for a new bank. Since then we have shipped many other breweries and distilleries to Africa, including 3 for Coca-Cola.

Further to the North, amongst the pink coral of Bermuda, 774 miles from New York and 3,445 from London there are numerous large Reid warehouses and garages. The Police Barracks includes no less than 5 of our buildings.

On Sao Tiago in the Cape Verde Islands a few hundred miles west of Senegal, we supplied the structure for yet another brewery, complete with offices, to brew Carlsberg lager.

In West Africa our buildings are almost everywhere, from Mauri, Senegal, Liberia, the Ivory Coast, Benin, Dahomey, Cameroon and Equatorial Guinea right down to the Congos and Angola.

For Zambia we made a hovercraft hangar. A multi-storey hotel building at Banjul in The Gambia is helping the tourist trade whilst further up the river Kanifing are a variety of stores and warehouse buildings.

We also supplied all the steelwork for the new fish and meat market. A lot of our work is to be found in Ghana, including the recent terminal building at Kotoka Airport. Eastwards, Uganda, Tanzania, Madagascar, Mauritus and the Seychelles in the Indian Ocean account for at least 100 of our buildings between them. At the port of Beira in Mozambique there is a new warehouse of 10,000m2 designed and made by us. We supervised the erection work too.

Although there were many technical intricacies involved in erecting such a huge building way up country, the most hilarious and memorable matters which occupied our erectors was bargaining for local meat and taking care not to annoy the large families of baboons that came from the wildlife reserve to watch. They seemed keen to become engineers.

In Lesotho, that land locked Republic (surrounded by South Africa) a ring road has been built right around the country for which we designed, made and supervised the erection of the multi-span hot dip galvanised double lane steel bridge at the Maphutsapeng River Crossing.

In mainland China we provided the Sun Oil plant at Shekou in the province of Canton of which we also supervised the erection, followed by five large port warehouses in 1985 at Jiuzhour Harbour, Zhuhai in the province of Guangdong and more recently steelwork for a ceramic factory near Shanghai.

We also supervised the erection at all the sites. In Hong Kong we supplied a dye processing building and in Macau an Aircraft Hangar for Air Luxor.

In Myanmar (Burma) we built a rice store amongst the temples of Rangoon. In Vietnam, on the rubber plantations of Am-Nhon-Tay and Pho-Thanh near Ho Chi Minh City (Saigon), are latex stores, and to the Philippines we shipped a large cable making factory.

In Iceland, that fascinating island of the midnight sun and hot water springs, we provided many dock warehouses and herring factories and cold stores at Reykjavik as well as several agricultural buildings.

A few of our buildings are on the sea bed too. It is really surprising how many ships sink each year. 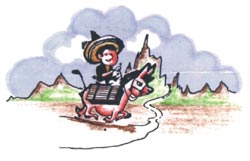 Wherever there is any geography at all we try to get there. One of the most fascinating jobs we helped to make was a church for the owners of a vast 2,000 peon estate in the back blocks of Venezuela in 1937.

That Church totalled 280 packages and bales (including a peal of bells and boxes of coloured glass) and every one of them went on muleback over the mountains through the Oveida Pass. Finished with a belfry and steeple like a proper Church, it was a proud job needing five month’s drawing board and machine-shop work. 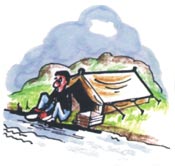 There’s poetry and romance enough in structural steel if you think of the travels of our work and any man who can handle a spanner can erect the buildings of his choice in whatever far away land it may have pleased him to pitch his tent.