The World is our Home Market, from Iceland near the Arctic to the Falkland Islands near the Antarctic; from the Peruvian Andes to the tropical jewels of the South Pacific, across the burning sands of Arabia to China and the tropical jungles of South East Asiayou will find our work.

France especially has hundreds of our industrial and agricultural buildings including 3 hangars and workshops erected in 1921 for Louis Bleriot the famous aviation pioneer. We have been making Aircraft Hangars to Jumbo size ever since.

In 1940 we supplied several dozen emergency hospitals to the British Expeditionary Forces, some of which we still keep discovering in use for all sorts of purposes. All over Germany we have erected many large, modern, factory buildings.

In Russia, at Uralkali in the Ural Mountains, we provided a large brick factory and supervised the complete erection and cladding and recently shipped 5 cold store buildings Ro/Ro via Denmark on German and Russian trucks to St Petersburg. The same day a fully sound proofed generator building was trucked out on Polish vehicles to Zawierce in Poland.

We recently sent 64 trucks to the Czech Republic with a complete factory building of 184,000 sq ft for making capacitors. This was closely followed by several industrial buildings to Latvia and Kazakhstan. 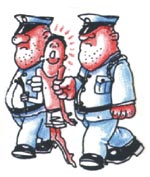 In the Gulf States of Kuwait, Qatar, Bahrain, Abu Dhabi, Dubai, Fujeira, Sharjah and Ras Al Khaimah, countless of our buildings are in use as warehouses, aircraft hangars, military or police workshops, and offices.

We recently designed and made the new Emirates Airlines hangar and Air Cargo Terminal for Dubai International Airport. We also designed and made a 48m clear span and two 18m, 16 sided domes for a Majlis (Parliament) building in the Gulf, as well as the big Police Motor Workshop, VIP car park and many school buildings in Qatar.

In Oman we supplied the Land Rover showroom and workshop, several Government training centres and warehouses.

In Saudi Arabia our buildings have even found their way into the Holy City of Medina where there is a bus terminal complete with cleaning plant and office block, all of which were erected by Egyptian contractors without our help. At Jeddah there are many of our portal structures and a large multi-storey building which contains offices, flats and a shopping centre.

All the main airlines have offices there. At Riyadh there are many industrial buildings, in particular a large glass reinforced cement panel factory amounting to 323 shipping tonnes sent onwards by truck from Jeddah and successfully erected without problems by local contractors.

On the East Coast at Damman there is an impressive shopping complex whose Arabic arches are a well known and much imitated landmark, with other subsidiary buildings, as well as a government training establishment incorporating 12 of our buildings amongst the first to be imported into the Kingdom. 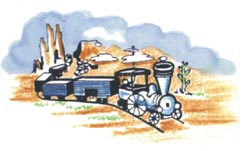 In Iraq our portal structures have reached Baghdad, Kirkuk and Basra as oil company workshops, wellhead stores, generator stations and offices. Northwards to the Caspian Sea Port of Baku in Azerbaijan we made the complete structure for a new BMW showroom.

Cross the border to Iran and you will find another of our buildings in that ancient city of Tabriz. In Jordan we supplied and supervised the erection at Wadi-el-Yabis of one of the biggest Horticultural distribution centres in the Middle East.

In Yemen we have supplied over 30 substantial buildings for use as factories, cold stores, workshops and port transit sheds mainly for Ministries and Public Corporations in the South and in the North we have provided many large factory buildings and workshops as well as agricultural buildings for chicken hatcheries, dairy product stores, a baby-feed factory, a gas bottling plant at Taiz and a pharmaceutical factory with warehouses in Sana’a.