Home/News/Green light for new homes in Christchurch
Previous Next 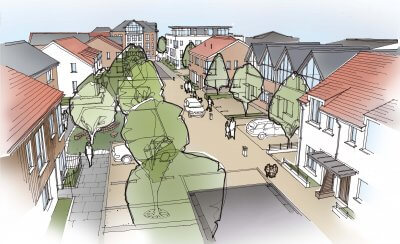 Ambitious plans for the future of John Reid & Sons Ltd (REIDsteel) have received a major boost with the green light for development of its site in Christchurch.

The company obtained planning approval from BCP Council for up to 167 homes on its four-acre site off Fairmile Road in Christchurch.

It paves the way for our relocation to a state-of-the-art new facility proposed near Bournemouth Airport.

BCP Council’s planning committee gave the go-ahead for the residential scheme, which will also include parking and access.

Now we will market the site for a developer to build the homes after it relocates.

REIDsteel managing director Simon Boyd said: “This was a fantastic decision and a great start to 2020 for us.

“It will unlock the other steps which we need to follow for our relocation to the new manufacturing facility near Bournemouth Airport.

“The new site is absolutely vital for the future of our company and will allow us to significantly increase productivity, create more jobs and grow the business over the coming years while cutting our carbon footprint.”

He added: “The housing development will leave a legacy of much-needed homes after we relocate.

“It will allow for regeneration of a key site in Christchurch, remove heavy industry away from the town centre, cut heavy traffic movements, and reduce noise and disruption for neighbours.”

The outline plans approved by the committee included a mix of two and three bedroom houses plus one and two bedroom flats plus car parking.

As well as much-needed housing the scheme also includes, through its Section 106 planning agreement, financial contributions of nearly £1million towards a new country park at nearby Two Riversmeet and monitoring of heathland.

REIDsteel will also fund signs and leaflets for the country park as well as a pedestrian crossing on Fairmile Road, a travel plan for local residents and road markings and traffic orders.

Councillors voted decisively in favour of the scheme despite opposition from a handful of members, including Cllr Peter Hall from the Christchurch ward.

Mr Boyd said: “It was very disappointing to see Cllr Hall vote to refuse the application when we are probably the biggest employer in the town.

“He clearly didn’t understand what was behind the application, namely the future of a company which does so much for the community in terms of jobs, spend in the local supply chain and support of local schools.

“We have the community at heart and are committed to remaining in the Christchurch area where land prices are more expensive than other locations.”

Mr Boyd added “My thanks go to the committee for their decision as well as our partners in this project including BrightSpace Architects, Ken Parke Planning Consultants Ltd, Malcolm Barber at Sturt & Co and John Newman of Tangent Chartered Surveyors.”

Now we are set to market the site for sale to a developer to take the project forward.

Mr Boyd said: “While selling our site will go some way toward the new facility, it is very unlikely to meet more than 50 per cent of land and construction costs.”

A separate planning application for the proposed new site near Bournemouth Airport has also been lodged with the council and is due to be decided.

REIDsteel has the capacity to design, manufacture and supply entire steel buildings – including their cladding and glazing – anywhere in the UK, Europe and across the World.  It has exported to more than 140 countries to date.

Our 130-strong company is a sponsor of the Dorset Chamber’s Young Chamber programme and the Dorset Business Awards. We also takes students on work experience from local schools.