“It is an exciting opportunity to build a global Britain and develop new trade alliances with friends and partners across the world.

“The Government is in an excellent position and we must enter the forthcoming negotiations with confidence to agree an ambitious trade agreement with our friends in Europe.

“The reality of Brexit may be a few years away but the business climate is already improving and the activation of Article 50 allows us to forward to look a positive and bright future.”

Simon added: “As a leading steel construction company in the UK and the world, we know that the ‘Made in Great Britain’ brand is viewed as a badge of excellence.

“Free of the constraints of EU bureaucracy and overregulation, the reputation of products and services with the British Standard hallmark can gain even greater status as the finest worldwide.

“Provided our government does not settle for a bad deal, I can only see a positive future for Great Britain.” 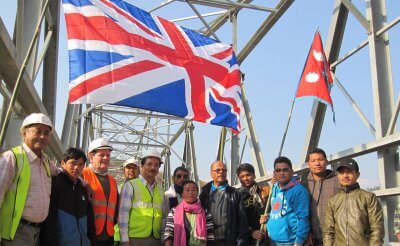 REIDsteel designs, manufactures, ship and erects all types of steel-framed buildings and structures, including their cladding and or glazing requirements.